Hit enter to search or ESC to close
Miscellaneous

Aladtec members who work for numerous services may have access to multiple Aladtec systems. These systems can be linked together, allowing the member to easily switch between the Aladtec systems without having to log in to each system. 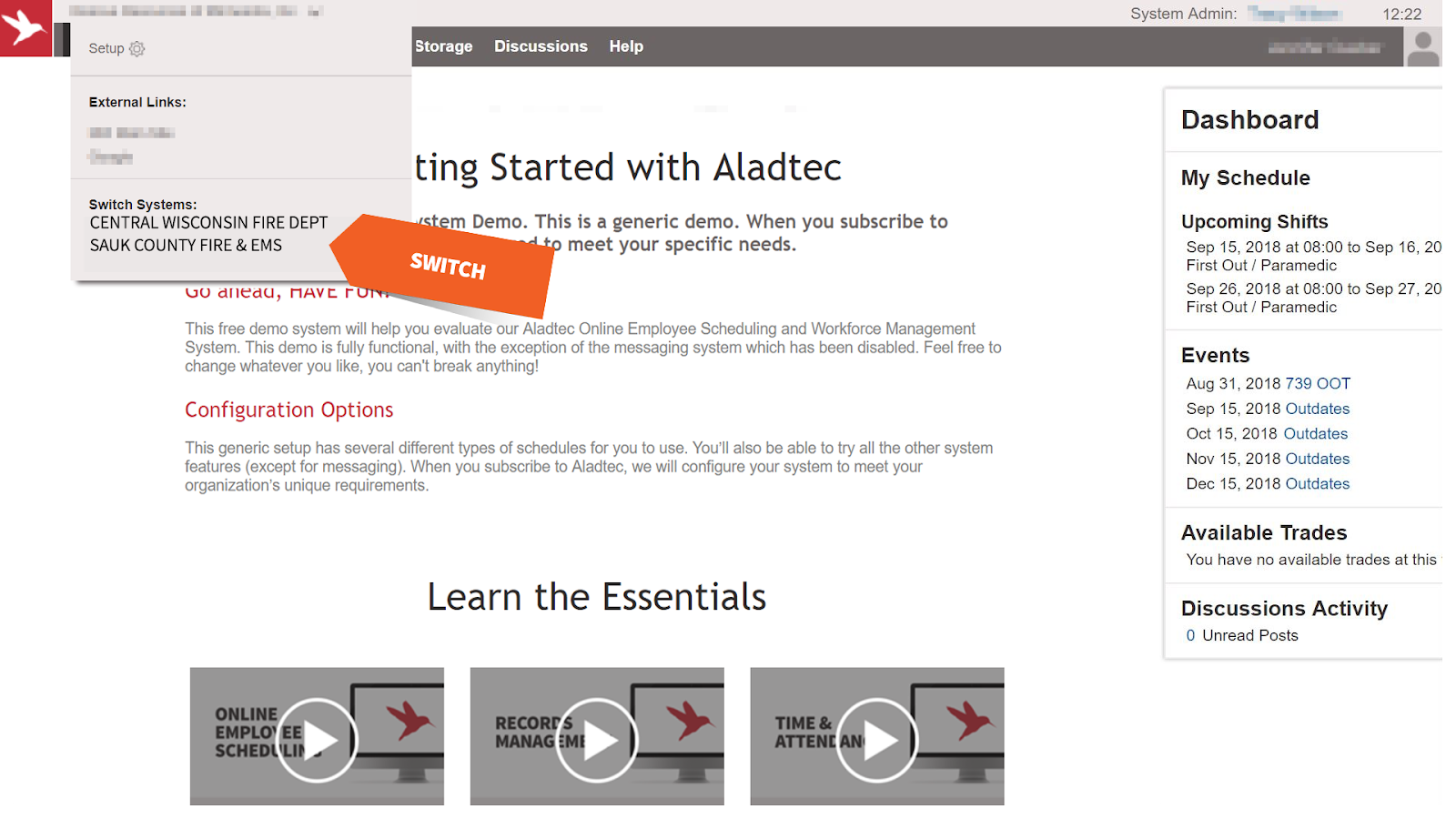 If you have any questions or would like to switch between Aladtec systems, please contact the Support Team at 888.749.5550 or support@aladtec.com. As always, thank you for using Aladtec!